Imagine this. You’re out to dinner with the girl or guy of your dreams. You’ve been saving up on that allowance to take them out for months because you’re sick of asking mom and dad for money. After Dinner you ask to bring them back to your place. Even though you shot your shot with him/her, they still reject you after dinner and you end up shooting 7 for 22 on the night. The next day you call them back, promising you’ll never shoot like that again. They believe you and what happens? You shoot the exact same crappy 8 for 22… SO what the heck you gonna do now?? There’s only one thing to do. Sit your butt on the couch all alone and chow down on some….. 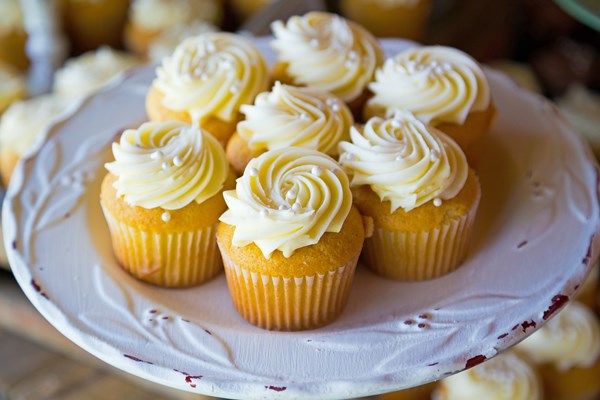 Today is July 17th. It’s a Beautiful Rainy Day. It is indeed a big day for the City of Boston. 1, I am finally back on the blog (Make sure you read this blog for some cool news at the end) and of course the fact that number 11 of the Boston Celtics is making a return. Yup. you guessed it.

Enes Kanter officially signed with the Boston Celtics on a 2 year agreement today, Joining All NBA 3rd Team All Star Kemba Walker to a very new and young Celtics franchise. So why the hell am I talking about this foreign dude who admitted today that he was planning to go to the Red Sox game tonight but doesn’t know a single player or any rules of baseball??(That is worse than fans who think putting beer in their snap story with Fenway park in the background is “trendy”)

I’m Talking about this guy because not only did he take some irrelevant Ex-Celtic Players Number(Clearly Talking About Big Baby Davis) But he also spoke upon claiming this number as well in the most Boston way possible.

For those of you new to the blog. We award players with a Vanilla Frosted Cupcake to players who are absolutely trash and are freaking kids playing a grown up game. Jimmy Butler was our last recipient because he joined a super team in the East with the 76’ers and led himself all the way to a game 7 buzzer beater…(That’s right, with Kawhi Leonard)

So every Vanilla Frosted Cupcake recipient will earn this prestigious award of ours in which we think they are legit a baby and a pansy. 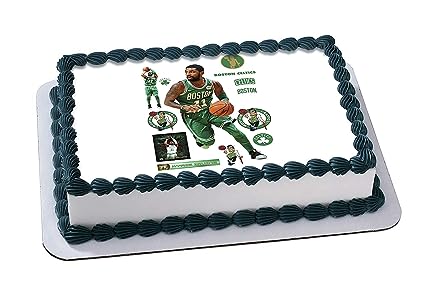 SO MANY analysts are going to disagree with me, BUT HOW CAN YOU WHEN THE FACTS ARE RIGHT HERE!! there’s a damn cake above you with his face on it.

We all know why he’s here today, well, not here in Boston cause, well, he’s in freaking Brooklyn chillin with Jay Z and Yonce but who gives. This fine young gentleman sat back and relaxed the entire 2018 Playoffs watching Terry Freaking Rozier pull a 2017 Isaiah Thomas and Put the team on his back and sent the Celtics to a game 7 Eastern Conference Finals. The Following Year, this past season, Kyrie Stopped at Giovanni’s Bakery in Worcester MA(CMASS UPPP AHAH JK) copped himself a fresh Vanilla cupcake and led the team to a SECOND ROUND EXIT AFTER AN INDIANA PACER SWEEP! is it all his fault? Not technically. Is it actually his fault. Yes. And here is why:

In a fan’s eye, disregarding all cap space and expiring contracts and the hell of a crazy 2019 NBA offseason(Well it was basically a week of all stars signing elsewhere and people hashtagging #KawhiWatch all damn week) Kyrie Irving was obviously frowned upon for all of his “wrongdoings.” Remember that time you tried to take the girl/guy of your dreams out and went 7 for 22 on both nights shooting your shot. Ya, Kyrie did that, except to the Boston Celtics. In games 4 and 5 of the Second round of the Playoffs against Some Tall Greek baker and a bunch of horned Deer, Kyrie Irving Shot a combined 19-62 in his final 3 games as a Celtic. But when he shoots 22 shots… “I should’ve Shot More.”

I have Watched my share of BAD basketball. The only way I could compare Kyrie’s play style in the second round of the playoffs is to that one kind in rec basketball who always shoots it when they get the ball in the hands no matter HOW FAR they are from the damn rec center hoop. we have ALL seen that one kid. In Fact I was definitely that kid in Rec ball. I was The short fat kid with the oversized jersey running having no idea what I was doing. So Kyrie was exactly that. Minus the crying after the series, which he doesn’t do because he has no emotion ever. 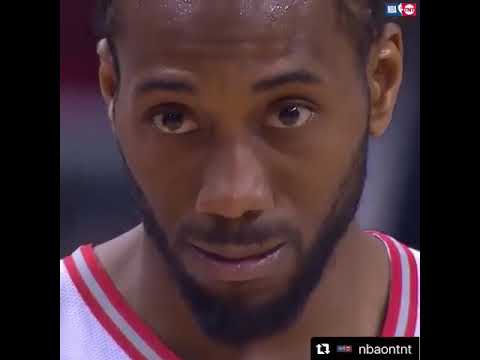 This dude use to be so humble and promising to the City, but NOPPEEE, out the door that went.

I am not upset that he left for Brooklyn after playing like a 4th Grade Rec hooper, I am more upset at the way he handled the entire free agency decision. We all know he did not choose to play in Boston, and we all know he even promised to re-sign in Boston when free agency comes time. But it is the way he handled it with the media, during press conferences, even on the court. The team chemistry was out the window before everyone even knew it. Poor Aron Baynes was probably chirped at by Kyrie for his Man Bun, which is PROBABLY why he cut it off.

I think what has been said will do it Justice. I am super excited to see what Kemba Walker and Enes Kanter have to bring to the city, who are both extremely excited to be playing in green.

Last season, the Celtics’ season was defined by a star point guard wearing No. 11. Wednesday afternoon, Boston unveiled both its new star point guard and its new No. 11 in what the Celtics heralded as a fresh start for the franchise. https://t.co/5S6o11XzZ7

I think a lot of people are also keeping a close eye on the 2019 Rookies this year. not putting any shame to Zion, RJ, and even freaking Darius Garland for damn sakes, but Carsen Edwards has been BALLIN UP! a second round pick in the draft and Danny my man pulled the trigger on what I firmly believe will be one of the best Celtics rookie classes that this franchise has ever seen.

He just signed a 4 year deal with the C’s!!! pic.twitter.com/mgz5JYljRN

With this draft class and two new assets to this newly bred franchise, My conclusion is that the team will not miss Kyrie Irving one bit. I am more than certain that this will be the case. In the Locker Room, in the press conference room, and even on the court. If you wanna see more offensive balance and efficiency in transition and scoring in the fall, you are going to see that. and that isn’t the only type of Fall you’re going to be seeing in green…. 😉

It is so good to be back on the blog. I know we have promised you a podcast and that is surely going to be happening sooner than you know it. We have a lot going on behind the scenes so make sure you keep an eye out for the podcast. It is gonna be worth waiting for. Be sure to keep reading these blogs because my bro Chuck Wagon Whalen is kicking ass on here so be sure to keep yourself updated with all of his stuff. Make sure you Follow us on Twitter @TheParquetPod for the most recent Celtics updates that you don’t wanna miss out on

The Parquet Podcast and Blog