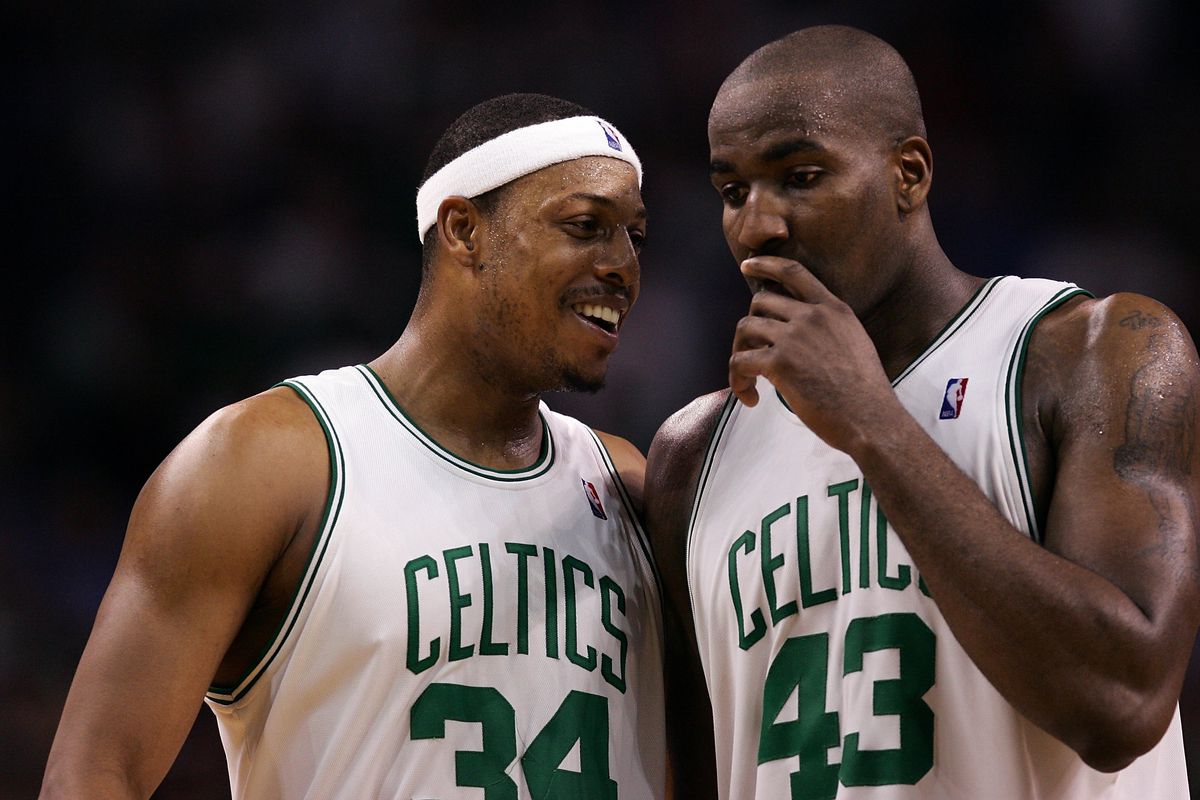 So I’m just gonna be so honest I want you all to uderstand that this news was so last month, but I’m gonna drop this here because its still a great read and I must retain my blogging(Insert punny pun ab whalen)

Imagine this, its 2008. Its a sunny June day in Boston, the City of Champs yet again. Paul Pierce is sitting pretty next to the Larry O’Brien Trophy on a duck boat. Kevin Youkilis was still in America playing some baseball. Terry Francona was a bonafide god. Life was good for the people of Boston. Who was there for it all, taking it all in? that’s right…… Big Baby Davis.

But who else was there!? Big man Kendrick, no, not Lamar, PERKINS, was there for it all.

The 27th overall pick in 2003, who averaged 6.9(who just released a Great New Album BTW, If you know, you know) PPG in the Championship year with the C’s, Started 78 of the 78 games he played. Perk, looking like he is playing his absolute best basketball with the Celtics, Brought home a ring for the city of Boston. Life was grand and everything was going so well with the man of the hour.

SO… What has he done since?

Kendrick Perkins, if you haven’t heard of his name, will at least be brought up at least once or twice. He always seems to make his way into the world of sports news. In latest news, Kendrick Perkins had a cup of Joe w Shaq, and told Perk “Yo you should DEF do what I did.” even though that didn’t happen, it is basically what Perk wants out of this 10 Day contract with the Boston Celtics.

Perkins is highly interested in returning to the NBA for his 15th and final season in hopes to sign a 10 day contract with the Boston Celtics.(SB Nation, Celtics Blog)

In news released earlier this year, This guy named Audrey was BEEFIN’, and I mean BEEFIN’ with Big Man Perk, AKA, SWAMP THANG(yes, nicknamed Swamp Thang, let that sink in.) In May of 2018, Kendrick Lama….. I mean, ya,

So who is to blame? Kendrick Lamar may think otherwise.

If you’re just reading this now Who even knows where the F perk is but this needed to finally be published.

Be sure to stick around for more of my pointless C’s blogs as Pat Whalen is out blogging me as we speak, but read the highlights, they’re really good. read them.

Oh, and yes, the podcast, its happening.